If every person on this little planet would live on what they just needed to survive the day there would be an immense environmental gain for mother nature. Unfortunately there are unwanted consequences with such a goal that might be applicable for even small scale reduction of consumption in the world.

To begin with, unemployment would be at sky high in a minimalistic world because of most products and services are creations of our own imagination to enhance our every day life. As an example, the development, production and selling of all the devices and gadgets fitted into today’s kitchens should be enough to employ all the citizen of a small nation, when you could get by just fine with only a pot, a pan and a wooden spoon. Comparing the two scenarios ability to supply a world market, the later would require about the same amount of developers, probably no more sales personal and only add a few more employees on the production side due to automated processes. This is not even in the same league as the work force that is required in the creation of today’s kitchen gear.

This reasoning applies to most other areas as well, like cars, cellphones, weddings, travel, even food industry. The satisfaction of needs, however unaware we are that they exists, are the pillars that modern society is based on. And that’s what keeps the employment rates up.

This leads to another question. How do you know how much work is needed to finance the every day life for one person? A rough calculation, simplifying life a little, could be drawn based on these two assumptions:

1: The more spare time, the more it costs 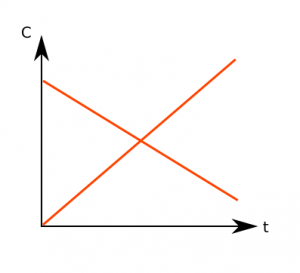 These parameters should be set on an individual level and will not be the easiest to determine, but maybe the result might give a hint on why most people are working during a third of their life.